This was our first time checking out Polihale.  Access to this beach is by way of a long dirt sugarcane road.  Funny story about the inefficiencies of government (as documented on wiki):  In December 2008 flooding damaged facilities and closed this access road. With the park site closed and fearing the economic impact, numerous local residents and businesses volunteered to repair the road on their own rather than wait for the government to take action. The cost had been estimated at $4 million, an amount that the Department of Land and Natural Resources did not have budgeted, with repair time estimated at one to two years. On March 23, 2009, local volunteer residents and private businesses began repairing the road on their own and completed the job eight days later. 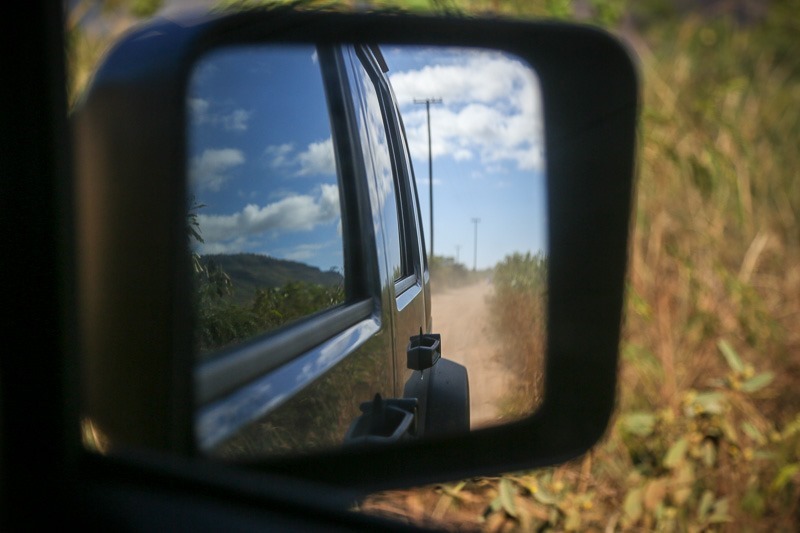 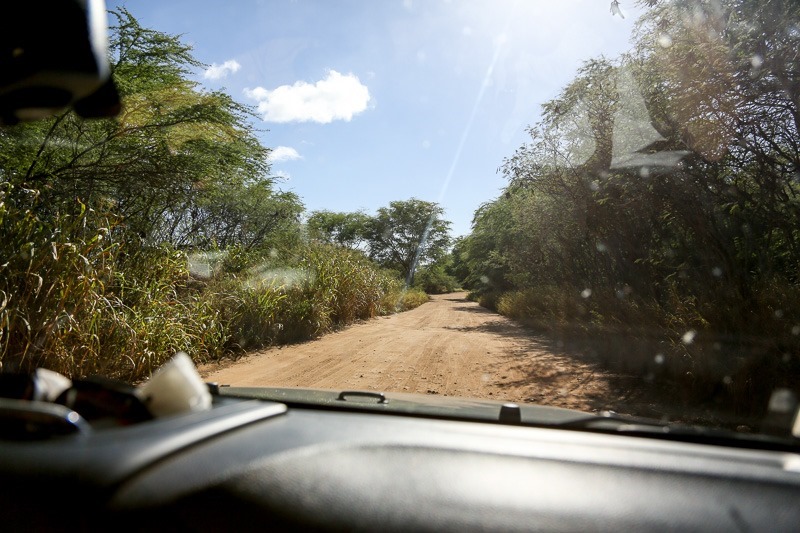 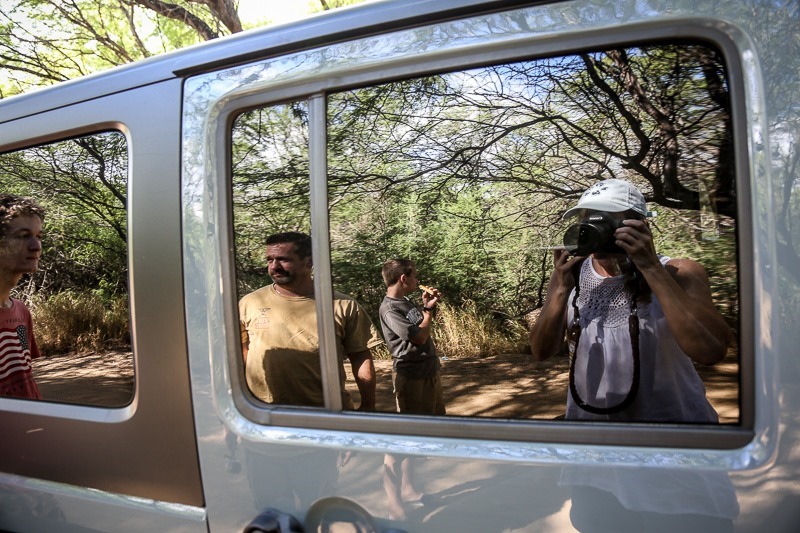 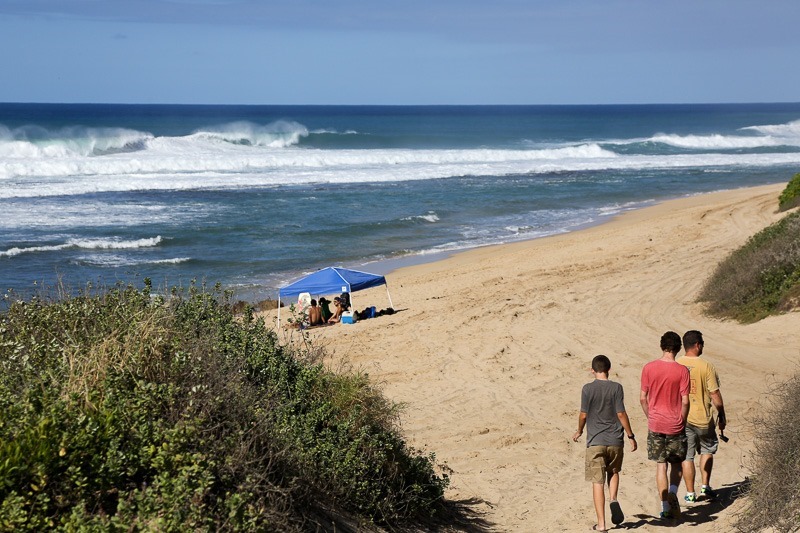 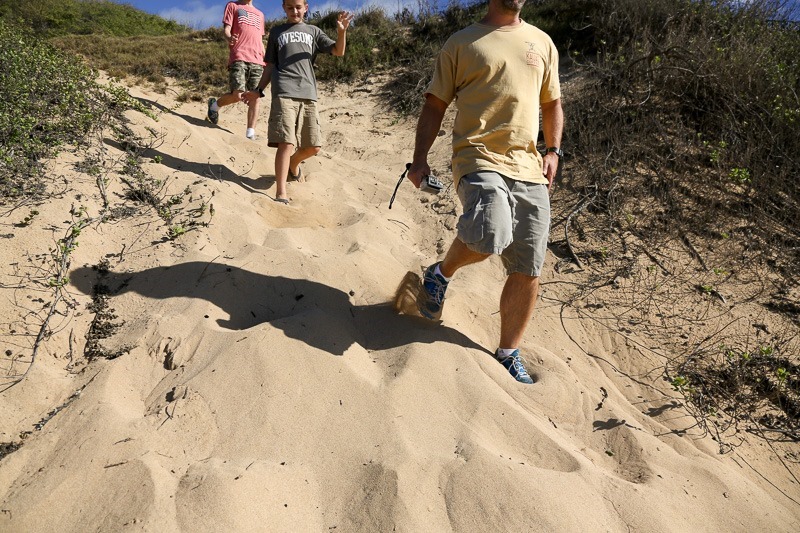 The sand dunes here were pretty sizeable, and can get as high as 100 feet.  We were surprised to find this huge WWII Amtrac tank cemented into the beach at the water line.  I hunted around online to find the story, but I was unsuccessful.  All I know is that there are actually 5 tanks on this beach.  2 of them are visible during the winter surf season (when the winter swell washes away the sand); they’re all buried during summer.  Weird. 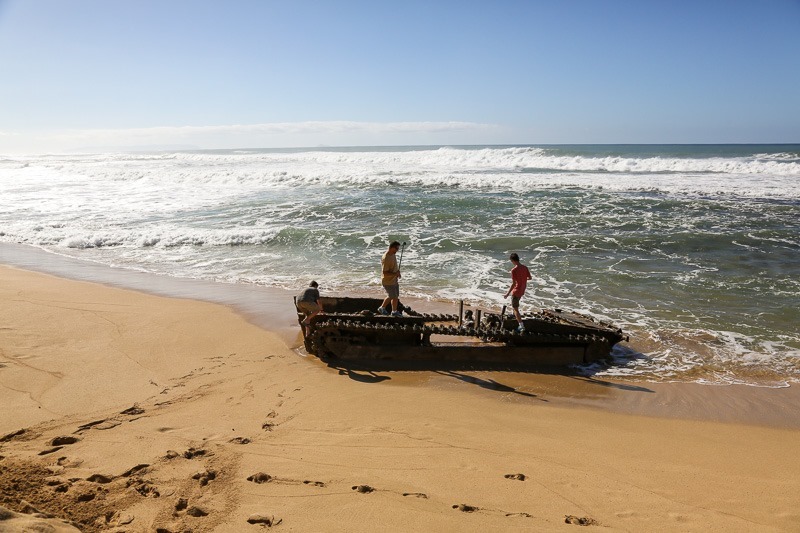 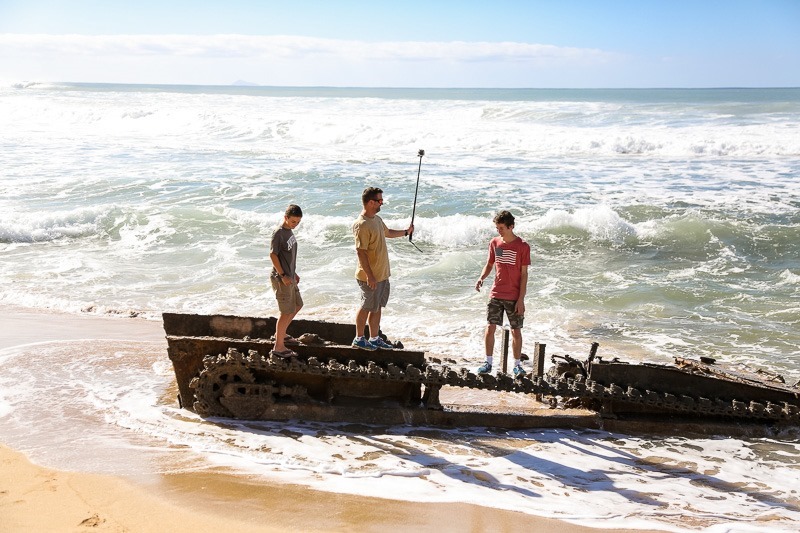 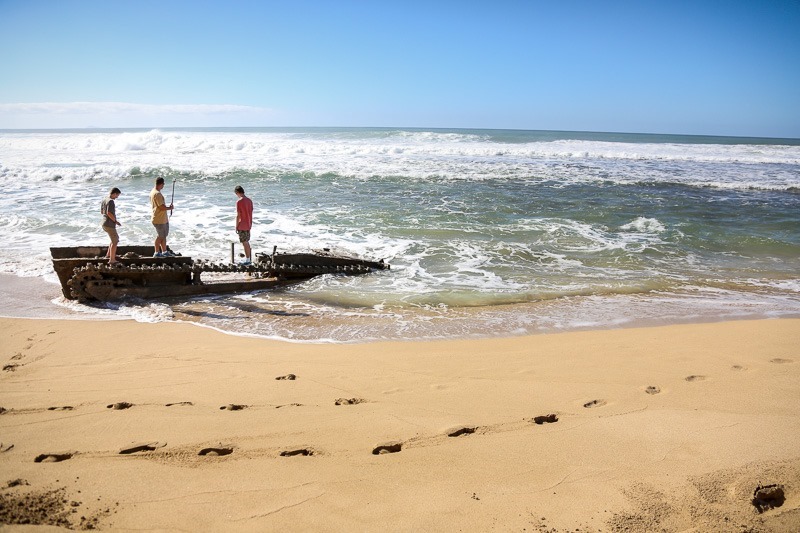 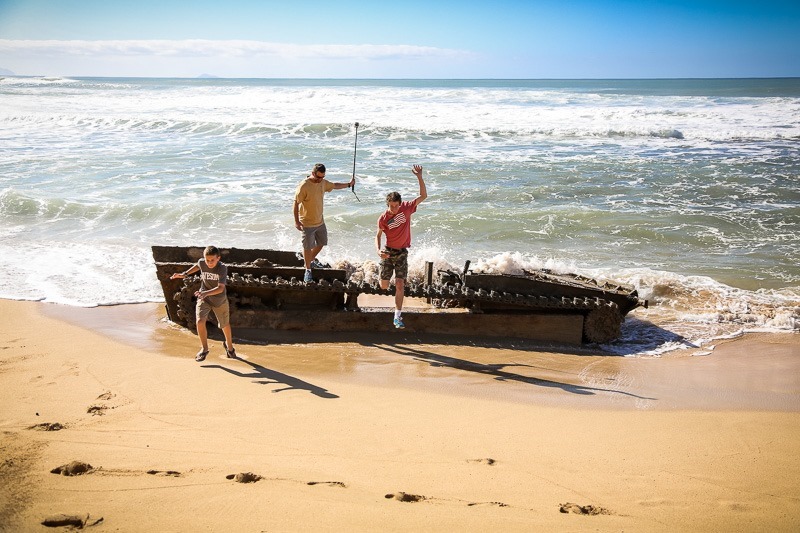 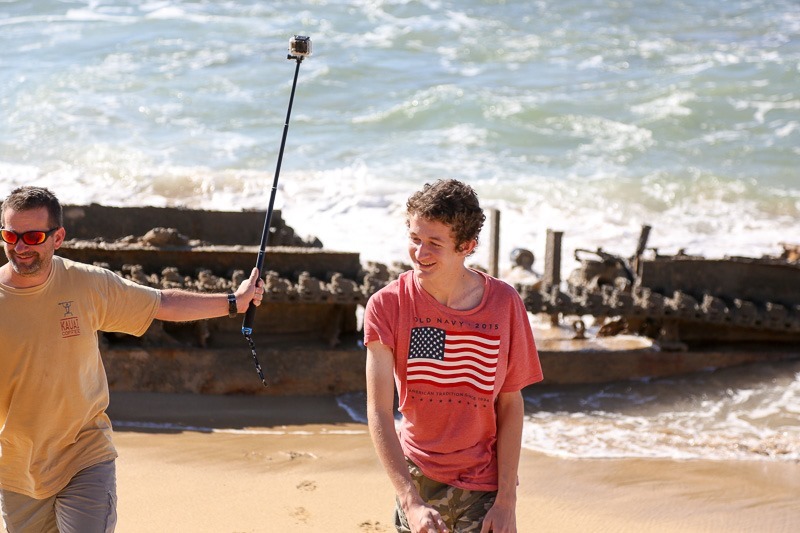 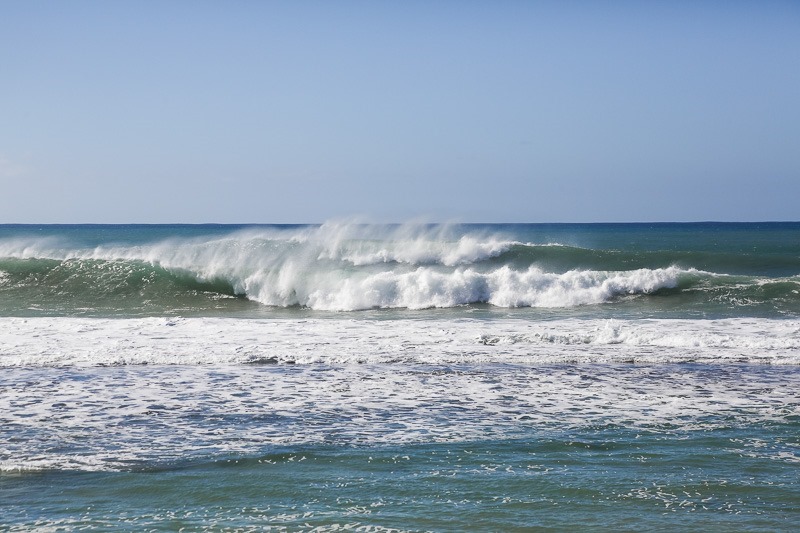 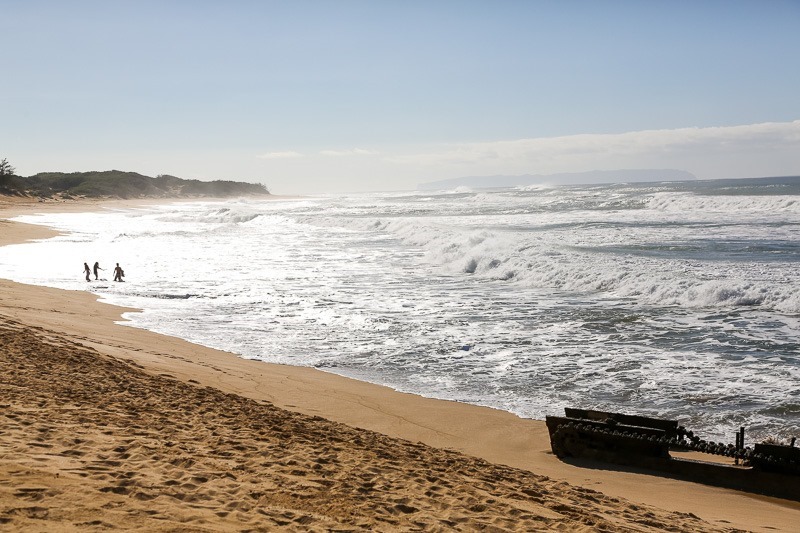 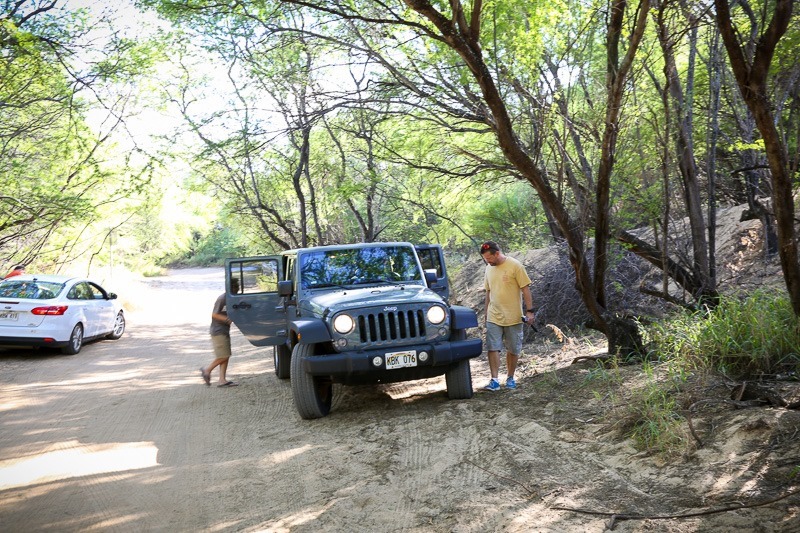 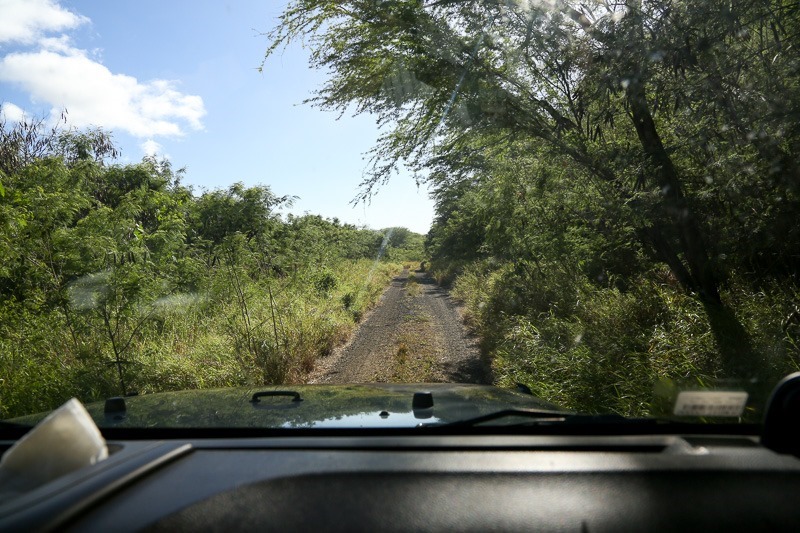 So I guess there’s some small print somewhere on our rental agreement that said we weren’t supposed to take the jeep off-road??!!  Seems kinda silly for a jeep.  But I guess the really REALLY big no-no was taking the jeep on sand.  Polihale itself allows vehicle access.  So we were looking forward to a little drive on the beach (we hadn’t read that rental small print).  We went out a little ways before hitting these biggish dunes.  Big Dude, who’s a relatively cautious kind of dude, checked first the sand access at one point and then the sand access at the next point … 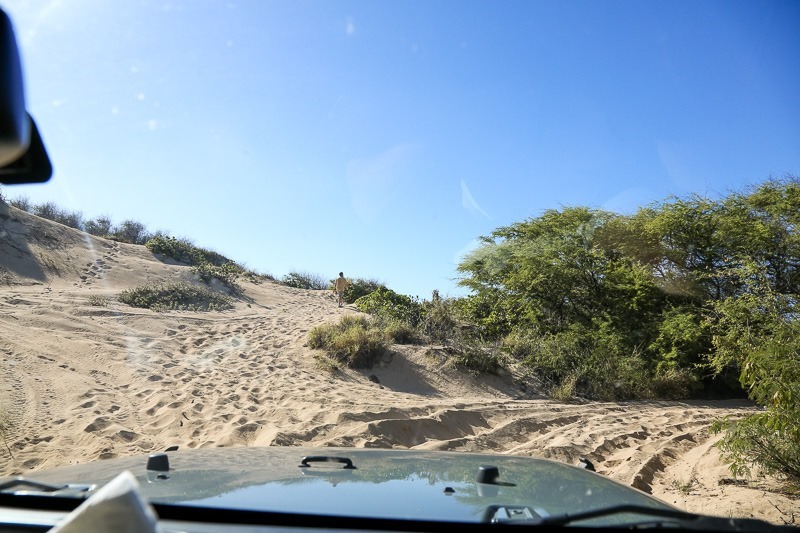 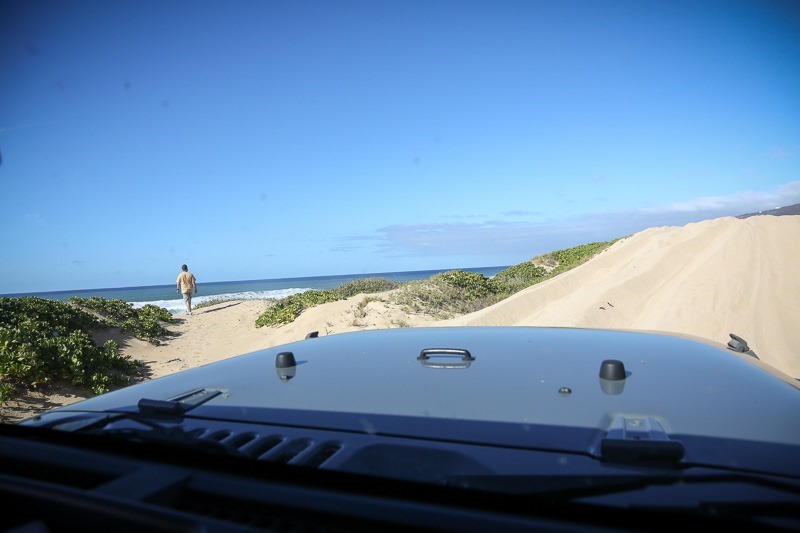 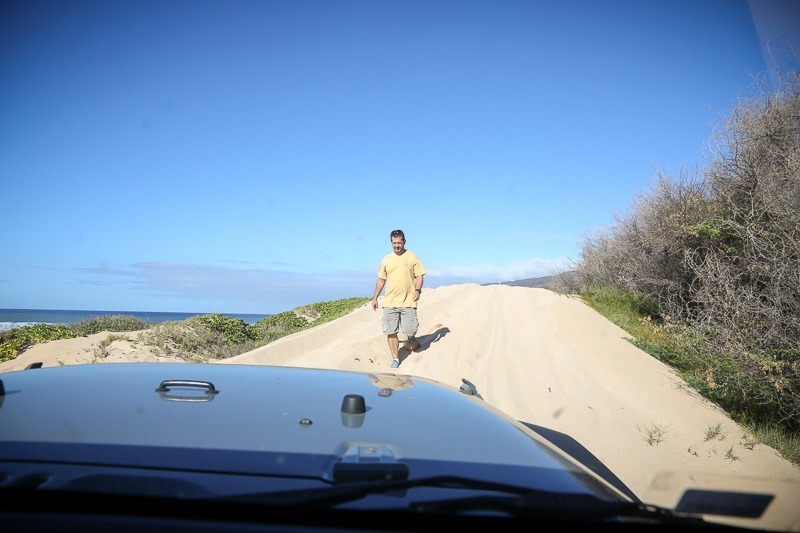 … and determined that none courses were probably wise.  Apparently if you get stuck in the sand, it’s a really hefty bill to pay to get unstuck.  And so we headed back on out the sugar cane road and headed up the hill to Waimea for sunset (next blog post). 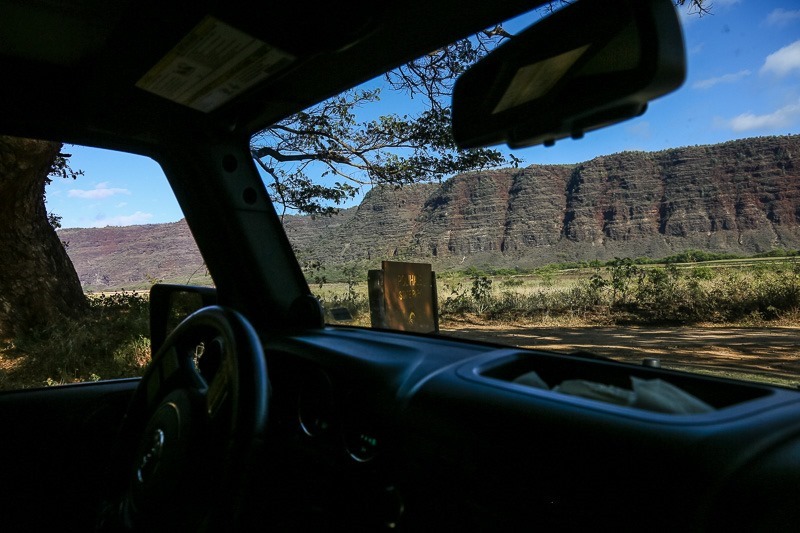 So nice to savor this trip with you. :-)

I love this trip! Absolutely love it. I also love those skies. Sensational. Your husband does seem like a cautious person. I don't know what I would have done. I would have had to decide for myself since Gary is afraid of flying and I would be there alone.