The shortest distance between Bryce and Lake Powell is via an unpaved "service road". Big Dude said it was a sizeable "shortcut". I figured it would take us all day, or at least oodles longer than just driving the longer-distanced highway option ;-). What neither of us expected was that we would be driving smack dab through the middle of the Great Stairway-Escalante, which could have been a destination in and of itself!

"In the 1870s, geologist Clarence Dutton described the Grand Staircase as a 'huge stairway ascending out of the bottom of the Grand Canyon northward with the cliff edge of each layer forming giant steps.' The steps rise 5500' from the floor of the Grand Canyon to the edge of the jagged Paunsaugunt Plateau at Bryce Canyon. The distinct steps are the Vermilion Cliffs, the White Cliffs, the Gray Cliffs and the Pink Cliffs." (verbiage blatantly copied from this site)

The first clue that perhaps we’re off the beaten path? 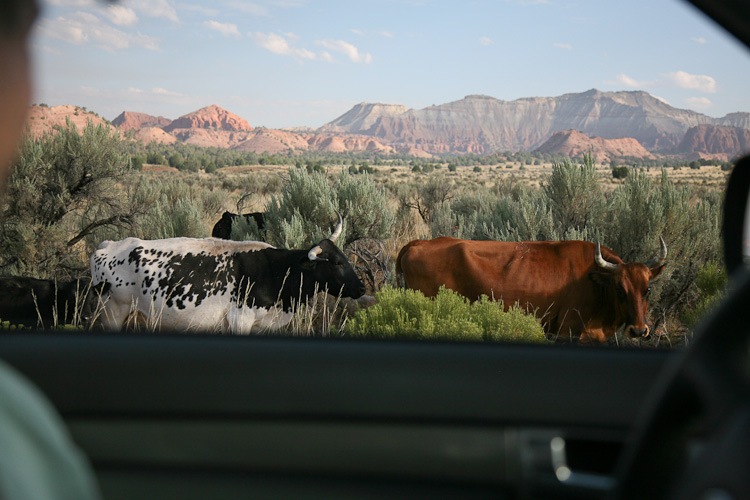 Be sure and watch the varying colors of soil – the road changes hues several times. 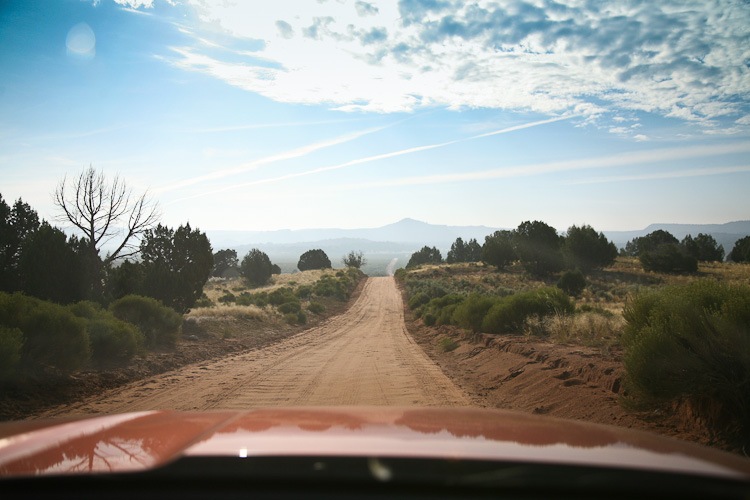 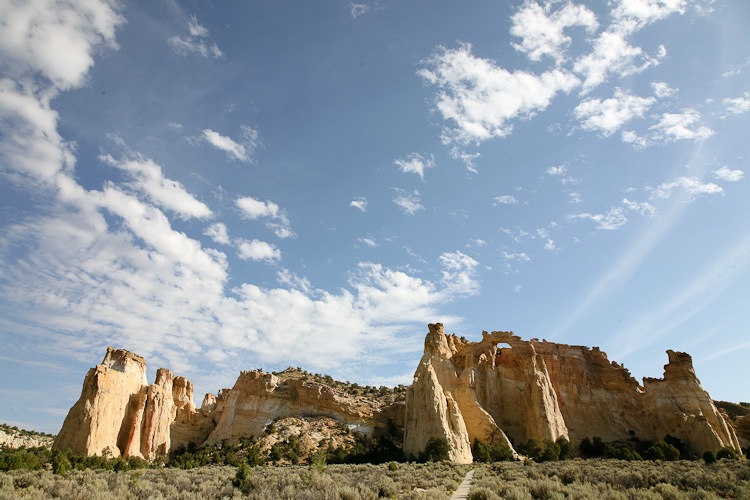 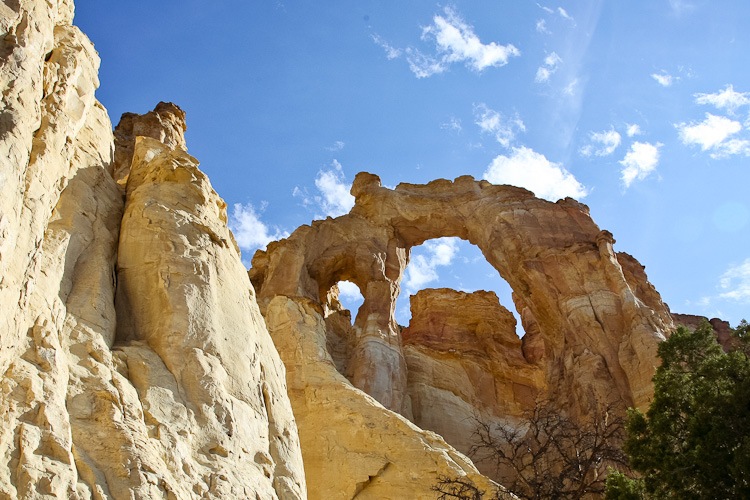 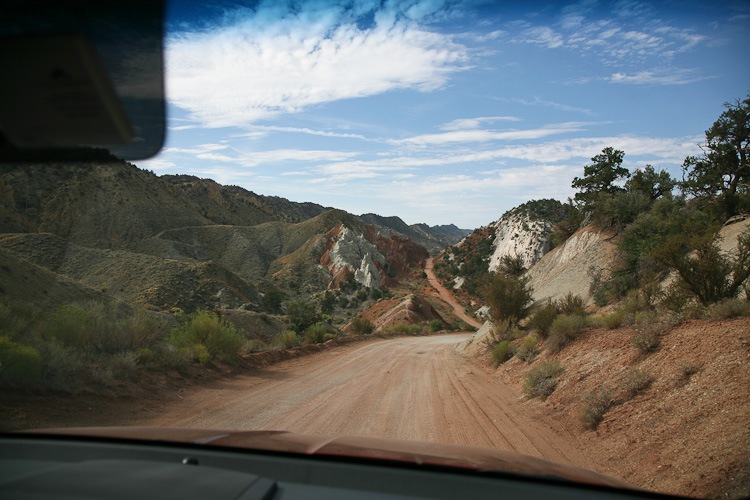 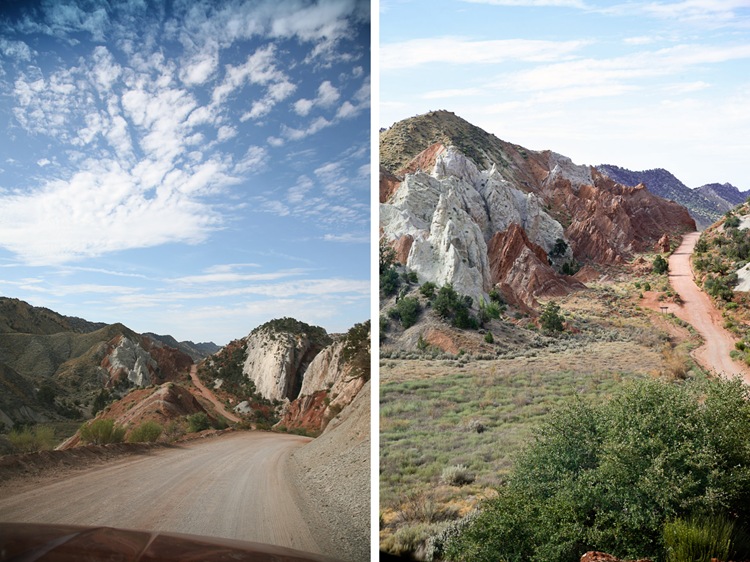 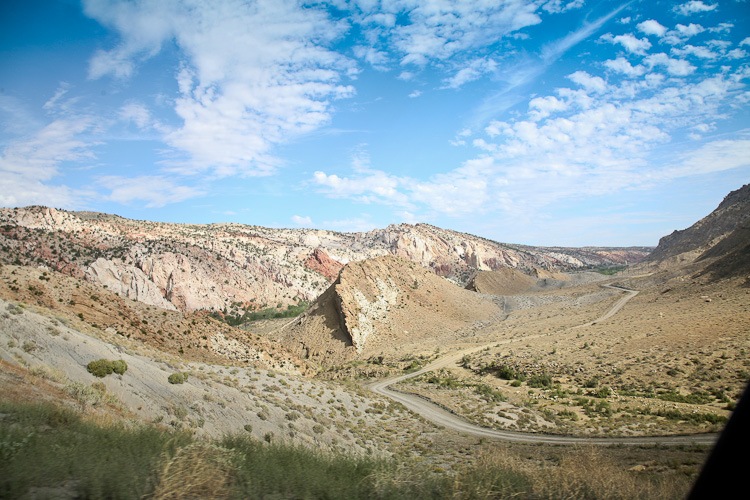 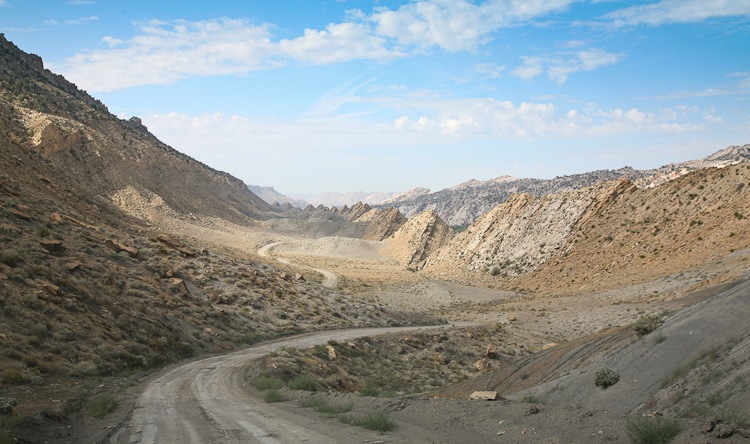 The Frommer’s site reported a photographer (not me!) who complained bitterly about the unsightly, intrusive power lines paralleling this picturesque road.   For the record, I kinda like ‘em. Of course, the grand irony is that this road wouldn’t exist except for the power lines needing to be serviced. 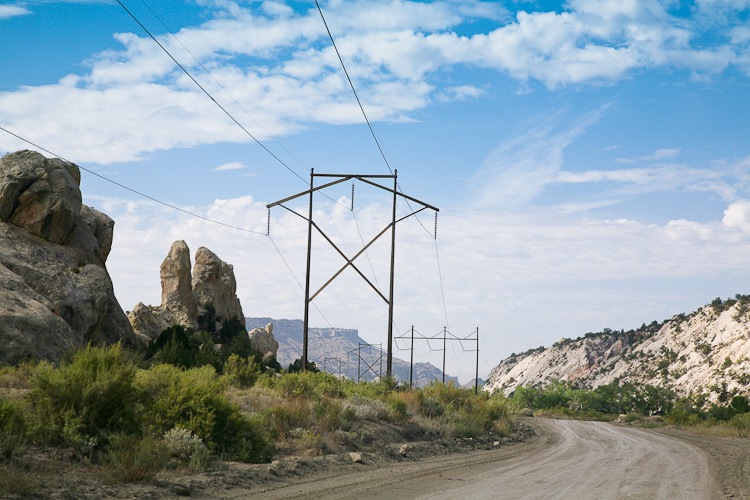 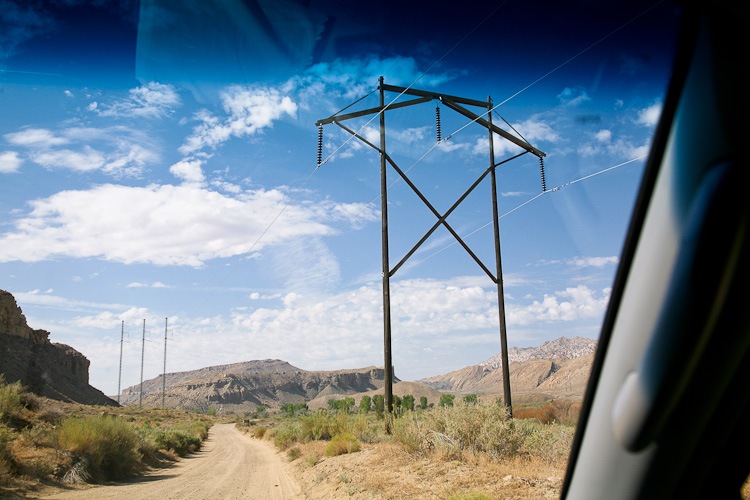 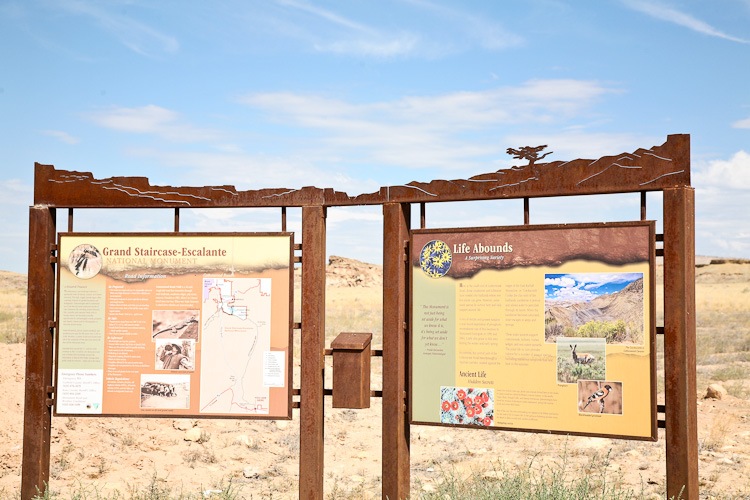 And our end destination. Turns out our “shortcut” was neither shorter nor longer (time-wise) than taking the highway.   But it was definitely a road worth taking!

A one-minute slideshow from throughout the 46-mile road ...

Love the adventurous spirit you showed by taking this route! And the pictures are wonderful!

keli [at] kidnapped by suburbia said...

this totally sounds like something we would do!! well, before we had the baby who hates carseats ... but maybe when she's older? ;) beautiful captures, as always!!

The road less taken! Wow what a beautiful area and thank goodness it is off the beaten path so that there isn't a McD's at every turn. We used to do stuff like this and it's fascinating what one can see.

I'm starting to get a little jealous of your frequent road trips. This journey was amazing! Like just God amazing. Wow.